The Most Wonderful Time of the Year

This is J's busiest time of the year, work wise, so he's been traveling for business even more than usual. Thankfully, he was here for most of the Week of Illness. It was so nice to have him around so that there was someone other than me for the sick children to drape their bodies across, or to entertain one while the other one was feeling like dirt.
He took O. to and from preschool on Monday so that I could take N. to the doctor, and invented a run to Lowe's to entertain O. on Sunday.
Also, he kept offering to go to the store for me, asking if there was anything we needed that he could run out to get. He hates going to the grocery store, so this was a big deal. I took him up on the offer twice. Once for milk, once for kleenex.
So nice. So thoughtful. The day before he left this week, he even brought these home. 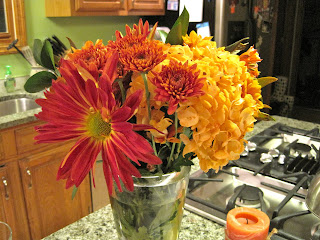 I know. Awesome, right?
I'm pretty sure all these kind offers had nothing to do with a certain release date of a certain favorite beverage only available for two months each year and its tendency to frequently sell out once it finally arrives. Right? 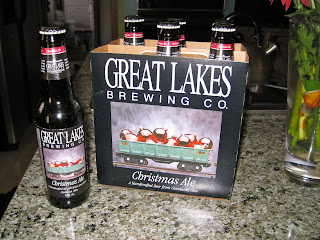 Those flowers are AWESOME and, of course, so are you! And J. Did you pick up some cider for you? Mama definitely deserves a drink after the past ten days.

Funny how much good will a nice bouquet of flowers will get you. Or in this case, Christmas Ale.

Sitting in an airport waiting come home....SWEET!
Thanks Dear!
See you soon.
Love,
Me

I got flowers this weekend as well. It's amazing how far they go;)