Fall with the Smalls

I have some posts partially written in my head and on random scraps of paper lying around this mess of a house. Until I have longer than five minutes without a baby or a preschooler filling up at least one of my hands, you'll have to settle for some photos with captions.
What's been up in the Small world this fall? 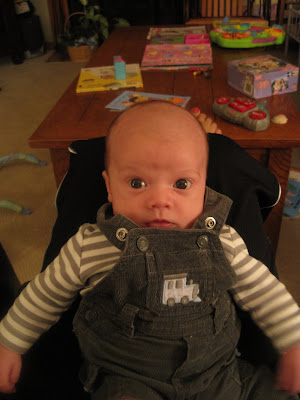 We're hanging around admiring the cuteness in overalls.
I told you! 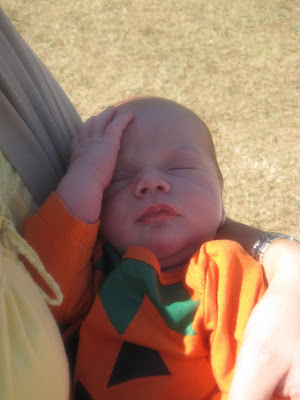 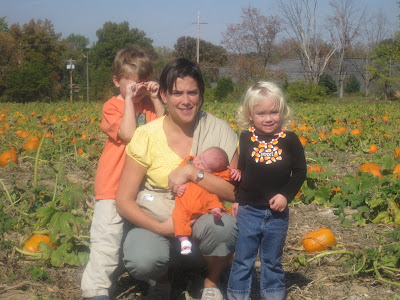 We try to get a family photo in the pumpkin patch.
This is seriously the best we could do.
I may regret posting this atrocious photo of myself for the rest of my life.
It's my punishment for yelling at the kids a la Kate Gosselin: "What is WRONG with you? Just look into the blinding sun for TWO SECONDS for God's sakes!" 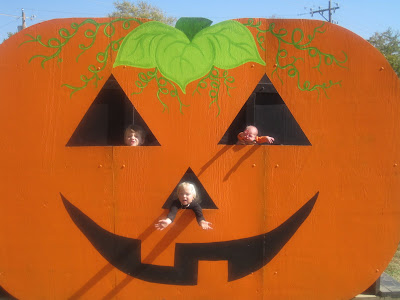 We now have enough children to fill a pumpkin! 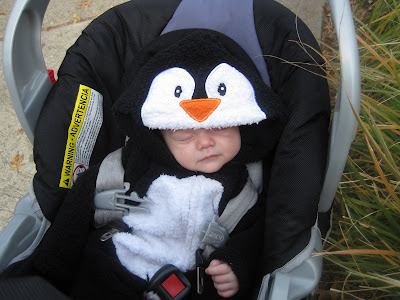 More cuteness.
This time in his sister's costume at the zoo's trick or treat event. 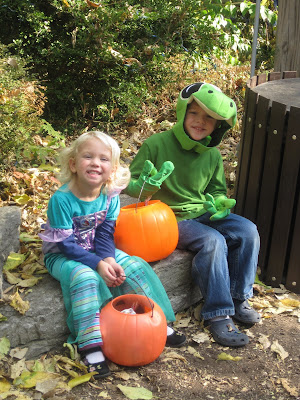 Ariel and a gecko (not the Geico one, he assures us) at the zoo also. 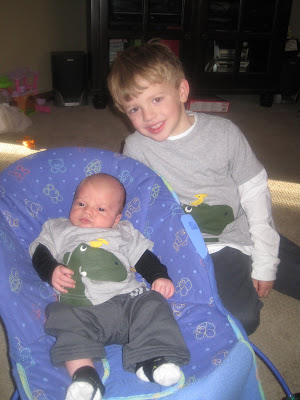 Speaking of dressing up, I finally have kids I can dress alike!
How long do you think O. will go along with this?
As long as there are dinosaurs involved, maybe a while? 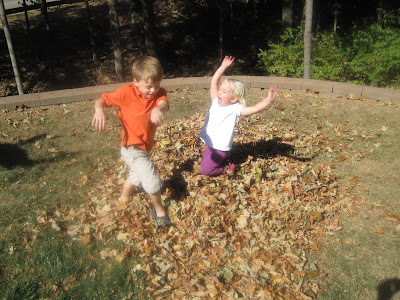 We played in the leaves a little.
N.: "Yippee, Yippoo!"
It's so hot and dry, they are mostly dried up crisps, rather than real colorful leaves.
In fact, the day this was taken, N. really wanted to get the sprinkler out, and I almost let her. 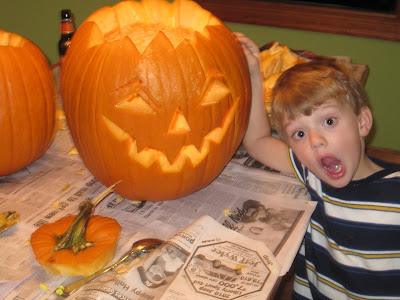 And, we carved pumpkins.
O. wanted scary this year, on the giant pumpkin he insisted he had to have.
"I'm the biggest kid in the family, so I have to have the biggest pumpkin." 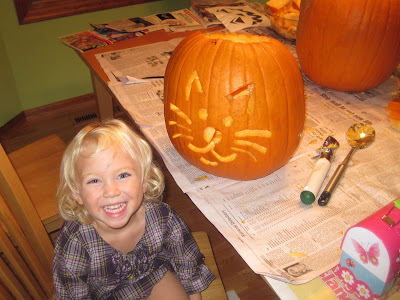 N. is thrilled to have a kitty cat on hers, like the one her friend made at the Dad/Daughter pumpkin carving night at her preschool. Hers from that night was a happy face, and while she liked it, she really only wanted to talk about the cat pumpkin.
Oh, and hey! You get a glimpse of our new wood floor in this one. I heart it.
Posted by E... at 7:48 AM

Great Pictures!!! Just what we needed to see after our trip. Love, M. & D.

I am just now getting around to all the posts I missed during my hectic pre-vacay week, then the actual vacation week itself.

I LOVE all the pics of the kiddos. You crack me up with the Kate Gosselin quote...the things we will do for a photo shoot :)

SO jealous of the pumpkins...we didn't even carve one this year :(