I'm not going to spend a whole lot of time apologizing for my bloggy absence. For one thing, I know the one who has most missed my presence here is me.
I have had plenty to say, had plenty to report, and have been aching to be able to puttogether some coherent thoughts.
Parenting three kids and an elderly dog has gotten a little bit harder to manage now that the baby is on the run. (Not literally -- yet. But he is cruising the furniture with no fear.)
Mostly, there is not a lot to complain about. We have been living life at full speed, which is mostly how I like it. Late April and May are always a frantic race to the fun.
What follows are some of the highlights of how we have spent the time since I last blogged.
There are potential posts for all of these waiting to be written, but for now, a photo sneak peek. 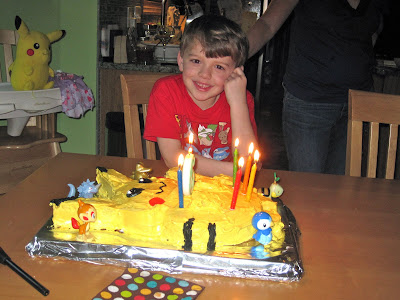 Somehow, I became the mother of a six year old, one who knows a lot about Pokemon. Officially not just the mother of small children, I. 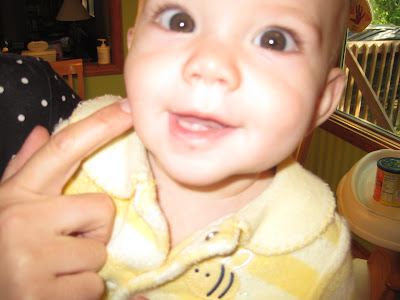 Two teeth appeared on the scene. (Two more coming through on top this week.) 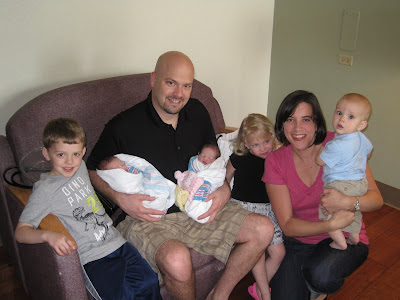 My own side of the family suddenly branched out, my kids have two new cousins,
and I am the proud proud aunt of two beautiful nieces.
It is so fun to share parenthood with someone you grew up with,
even more than I knew it would be. 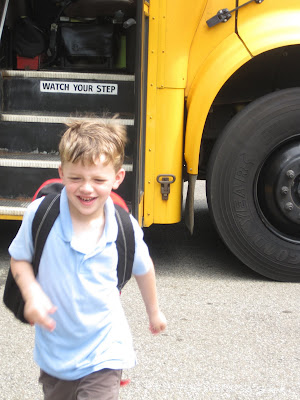 O. finished up kindergarten,
and I guess I have to say he is now a first grader?
Even harder than that he is six. 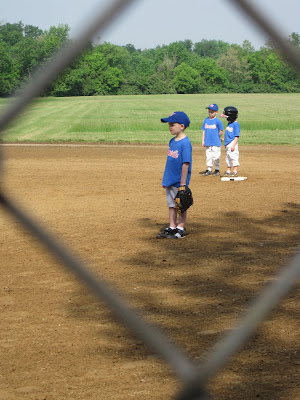 O. actually played a couple of tee-ball games,
after most of his practices and early schedule were completely rained out.
Speaking of, we spent a LOT of time in the basement riding out tornado sirens.
The dog has pooped in the house approximately eight times,
possibly weather anxiety related, possibly not. 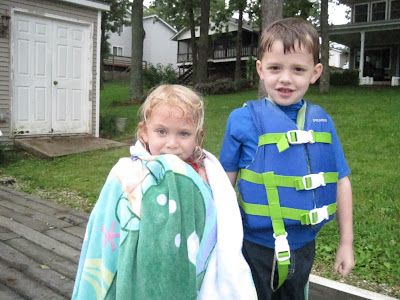 We went to the lake! 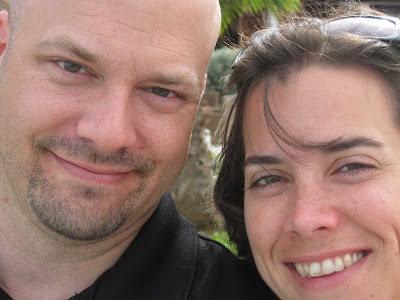 J. and I got to escape for a few days, thanks to his company,
his hard work, and the kindness and devotion of my parents. 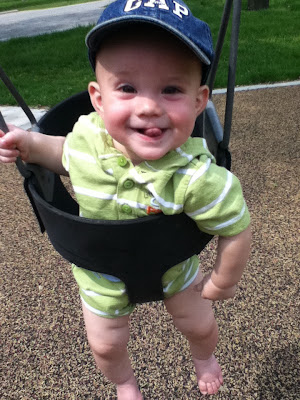 L. will be nine months old next week. (?!) You didn't hear much about months seven and eight because he and I were having it out on a few issues, namely eating and sleeping.
He's still the most wonderful baby I've met since 2005 and 2007, and definitely the happiest one I've ever held for hours at a time.
However, he will not drink anything resembling milk out of anything resembling a liquid holding vessel.
Also, he was so busy crawling away from me finding ways to open drawers, climb up steps and get himself to a standing position that he wouldn't hold still long enough for many photos.
This week, it's full on summer. We've been to the pool every day. The days are just waiting for us to explore, and to try to find a balance for my children between freedom and sloth.
Recent comments to characterize the summer thus far:
O: "It's my summer vacation and I just want to relax!"
N: "Mommy, it is a beautiful day. Aren't we going to go play outside?" (I just may have won one over to the bright side!)
L: "Ba ba ba baba ba!"
J: "Wait, did we discuss this already? I can't remember. It's the vicodin."
(Did I mention he had sinus surgery last week? There's a month's worth of posts right there in that sentence. He has been a super duper trooper through a rough recovery. And I have discovered that solo parenting is way harder when the 'absent' partner is still in the house. We are hoping the worst of it is behind us, and that he will soon lose the pain and regain his sense of taste.)
Posted by E... at 9:09 PM

Neil had sinus surgery a few months back, so I can commiserate. You'll appreciate this, he and I honestly thought he would be back up and on his feet within 3 or 4 days, a week at most. HA. Try two full weeks. But the results have been dramatic and he is a much happier person for it.

I think this time of year is just not as conducive to blogging. The weather is nice, there are vacations, just too much going on. I can't say I'm unhappy with all of our outdoorsy activities and such, but I am missing all of my bloggy friends. Fall will be here soon enough and we'll all be writing all the time complaining about being stuck inside. In the meantime, have fun! Can't wait to hear about all of your adventures!

I have missed your posts! So glad to have you back and so happy. I enjoyed the tastes of the posts to come. Perhaps a post collecting some of J's sinus surgery status updates ...

We're still feeling our way into a summer routine around here, but so far, so good!