Ask N. what she wants for Christmas this year, and she will immediately reply:  A Camerican Goyl.  (American Girl).
Ask me what she's getting, and I'll admit, I'd love to get her an American Girl, but I have my doubts as to whether she's ready.  So, she's getting a fake.  And I'm conflicted about that.  Feels a little like giving The Sunshine Family instead of Barbies.  Okay, not exactly like that.
Truth be told, what N. really wants is the zebra print dress in the American Girl catalog.  The one she can wear, and the one the doll can wear.  It does not come in her size, so she will definitely not be getting this dress.  I haven't decided if her Target doll will be getting the real dress, or if she'll be settling for the one I ordered on Zulily.  Are you sensing a theme here?  It's not the money, necessarily, though I really don't want to spend thirty dollars on a dress for doll.  It's that N. is more focused on the zebra print than which historical time period might be her favorite.  She can't even decide whether she'd rather have a doll that looks like her or one that looks like her cousin.  Because she's FOUR.
Clearly, not ready for the American Girl.  But she thinks she is, so it could make for an interesting Christmas morning. 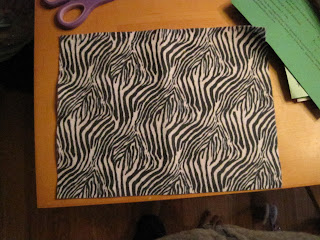 Anyhow, she has been enjoying dressing up her baby dolls and stuffed animals lately.  So this week, we decided to make them some diapers out of felt, using a pattern I found on Pinterest.  Super cute, and just as easy as it looked on the tutorial.
We found the patterned felt at Jo-Ann.  A little pricier than I had imagined, at $1.33 a sheet for the patterned, but not too too terrible.  We only bought a couple, just in case it didn't work, and really, two are enough to trade around on the dolls and animals. 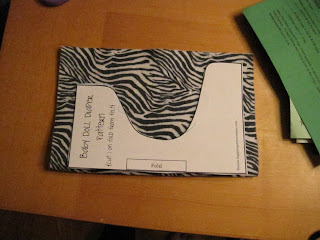 We folded the felt in half, traced around the pattern, and cut it out. 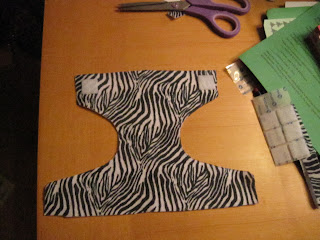 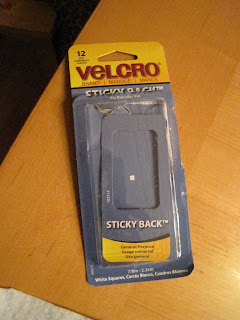 I had some Velcro squares left over from my framed handprint project, so we used those instead of a whole line of velcro.  Since mine were sticky backed, I didn't bother sewing them on.  If they come off, I can always sew them then. 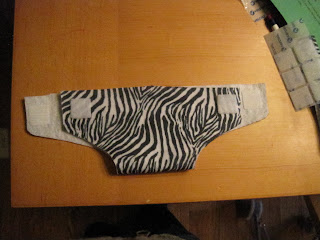 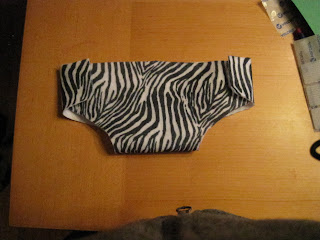 And there you have it.  Fancy diapers for my fancy girl's fancy animals.  Now that they are finished, I'm afraid they look a little more like fancy panties, but oh well.  I just hope this is enough zebra print to keep her satisfied for a while. 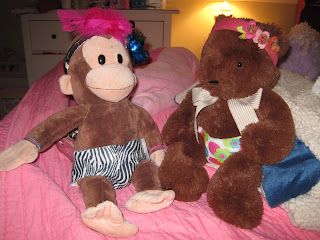 That's what this Real Woman of Pinterest has found Pinteresting this week.  How about you?  Link up below and let me know!

I saw your comment on my blog, but hadn't been over here yet to link. So you beat me to it! Linking anyway. I love the diapers. I saw someone pin that and now that I see how easy it is...I think my Charlotte needs a few for all the babies she has at home. Thanks!!

Hey there E. I also tried out this pinterest craft. I was able to secure cute fabric 2/$1 at hobby lobby. However, I only made one so far because after I tested it out on our American Girl doll, I found that it was too small. It would seem that simply making the pattern bigger would solve this problem, yet I botched my first attempt at that and haven't tried again. I plan to master it sometime this month because it is so cute!

Felt, felt, glorious felt! I'm going to bookmark this post and come back just to drool over the felt pictures. And Curious George is really rockin' that zebra print, isn't he? =>

Okay, I was going to buy a cheapie pack of generic size 1's for the dolls around here for Christmas. This felt craft looks do-able and more eco-friendly! Nice!

Don't know if you know it, but Dillards has a large selection of Dolly and Me matching clothes, often on sale or already pretty reasonable. I know this because my mom has purchased them for LAP's girls. Just in case you're interested!

Oh, I love this so much! My daughter would flip out if I made these cuties! Gotta go check the patter out on Pinterest. Thanks!

LOVE this idea, and so wish I would've seen something like this when Isabel was into dolls. Now she's almost twelve, and the only time she plays with dolls is when her cousins are over :(

I'm sure N. was all about that zebra print!

This is just too cute! I really like it. I think my daughter would get a kick out of that pattern, too!