I'm joining with the Real Women of Pinterest today to bring you a recent Pinterest success.
Maybe it goes without saying that I'm thankful for bloggy friends?  Whether I've met all of them in real life or not, they offer real support and a connection with other people on days when I don't always have anyone to talk to over the age of six.

One of my most populated boards on Pinterest is titled Bored is Boring.  There, I collect ideas of activities I can do with the kids on long afternoons when they are ignoring the house full of toys and whining that there is nothing to do.  We enjoy crafting, but many projects are more involved than my little ones have the attention span or fine motor skils to complete, and I often find myself doing most of the assembly myself.  On Pinterest, I've found a whole host of ideas that don't take many supplies, and have occupied my children for more than five minutes or so.  I'll be sharing some of the results of these activities, and hopefully some more elaborate life improving triumphs from Pinterest on Wednesdays!

I wish that I could come up with these sorts of activities on my own on a regular basis, but the truth is, I'm a better executer than creator.  Actually, I do consider myself a creative person: creating new units of study was one of my favorite parts of teaching.  However, it often took me a year or so to develop and fine tune the lessons in a unit so that they worked as well as they could.  Then I could teach it to different ninth or tenth graders the next year.  This parenting thing has me teaching different grade levels every year -- how am I supposed to keep up with that??

Anyhow, I love the ideas that Pinterest provides.  Sometimes they are links to free printables, like these alphabet play cards.  N. is still learning her letters and their sounds, and I printed these a while ago, thinking they would be fun to play in a flashcard kind of way, or that we might get around to some sort of scavenger hunt.

N. enjoyed shuffling them around and asking me the names of the letters, but it wasn't until last week that we followed through and went on a treasure hunt throughout the house, looking for objects that began with some of the letters in the deck.  We began with the letters she has been working on so far at preschool.  They have a letter of the week, with show and tell of an object beginning with the letter each Tuesday.  It was fun to try to remember what she has taken in each week.  Then we lined them all up on the basement stairs and took some photos. 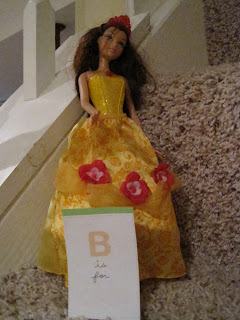 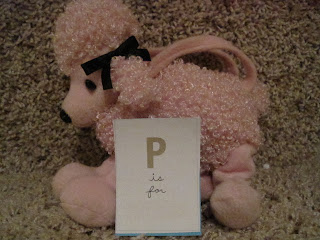 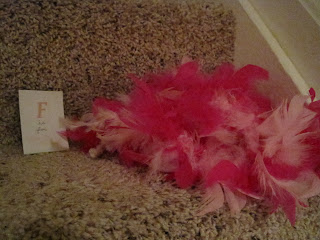 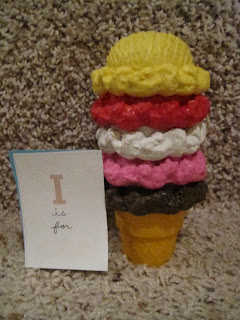 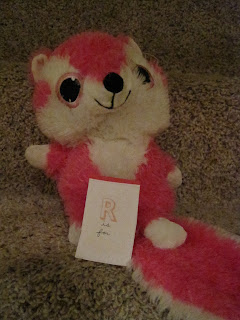 Fun times with my girl, and I think she is actually remembering some of her letters a little better now!
Once we've gone through all the letters, I think we'll print the pictures out and turn them into her own Alphabet book.

I would love to hear about your Pinterest finds.  Link your post below!!  (this is my first linky thing, and I'm excited to try it out!)  If you're reading, and you're a Pinterest gal but not a blogger, let me know and you can guest post!

Okay, totally delighted by the idea of this alphabet scavenger hunt. Both boys would be thrilled with this and maybe I could bill it as we're making a book for their little sister so they can teach her. Love, love, love it!

Meant to mention that I too am extremely thankful for bloggy friends. We are fortunate to have some true gems in common. How wonderful it would be to get together with all these women in real life, whether at BlogHer or elsewhere.

Love this idea. And I love her tenacity for finding girly things. My daughter would be the exact same way. I mean, really, is there anything else for A except Ariel??

Bloggy friends are the best, especially when you can meet up with them in real life over coffee and Panera bagels :) (See you at 10am tomorrow, right?)

This is a great idea, esp turning it into a little book!

Visiting from mep's...great idea. I am definitely going to have to print these ou as wel!